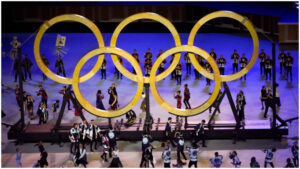 日本では暑い日々が続いていると思われますが、熱中症にはくれぐれも
お気を付けください。
それでは、良い週末を。
ジョーンズ
Hi everyone.
I'm Yumi, a JEEPA certified English Conversation coach.
How are you doing?
Finally, the opening ceremony of the Olympic Games 2020 was last night.
Here in Melbourne, we watched a live broadcast from 9 pm.
Due to the influence of Covid, there was no one in the audience seats and it was a bit of a lonely opening ceremony, but everyone was doing their best and I thought it was wonderful. In particular, when Sadaharu Oh, Shigeo Nagashima, and Hideki Matsui, who received the National Honor Award, appeared, I was kind of moved..
Well, after a late night, here is the news about the Olympics from Australia this morning.
I hope you can get the feel of this Olympics from the Australian side.
https://secure-web.cisco.com/1Bcs5rAgE8redJfHnKN-ZS7b58ynOc4chkisBljWHBFMcB7o0d2of6R6QvPvWsSzM0lDkU1ZCv8HT4KV3KKvFtWjU9K_b02ACWSO52Y9H5czAqD-dRnrKXLdZROyibDx6fx-uT_rSBohHJINyVeaQuTma3lprXX3Zxp3GKQFbv27PoSw8Y2_qUN5xjV65I9Le6IkAFfrD3c_LM6fdN0scypIiBCVE1yFMSwEmzHKeNR5fW0nBva8vB9q1HduXNT4QRFilDkXCOeMhIa29AeznjSpJc7Dj-a7PLa_X31NwNn_zVw2VRDGTgMY5CmICg81X/https%3A%2F%2F7news.com.au%2Fsport%2Folympics%2Fthe-full-list-of-channel-7-olympics-commentators-for-tokyo-2020-c-3445382A brief supplementary explanation:
1:08 Introduction of some VIPs.
Emperor Naruhito, American First Lady (Mrs. Jill Biden) French president Emmanuel Macron who is from the host country of the 2024 Olympics
1:16 Australian team leaders Kate Campbell and Patty Mills lead their team.
1:18 The uniform of the American team is equipped with an air conditioner.
Literally the coolest on the night.

1:36 The soft ball game started two days before the opening ceremony and it was  Australia vs. Japan. Australia won.(I have got complicated feelings for this as a Japanese person.

Looks like it’s very hot in Japan, so please be careful about getting heat stroke.